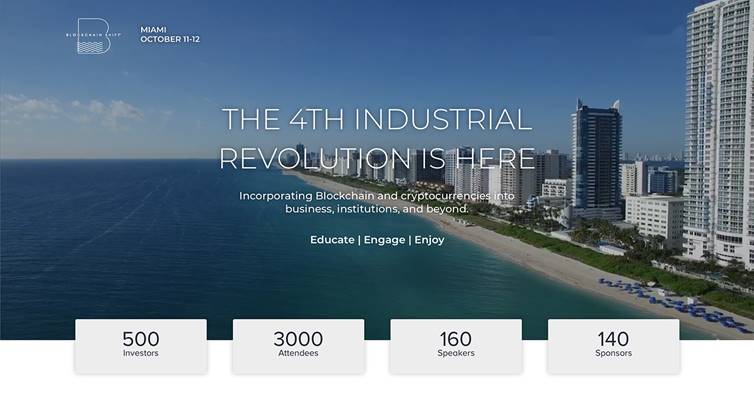 In October, elected leaders, hedge fund managers, and crypto geeks will come together by day with the aim of making Florida a Blockchain-friendly state and then throw down a celebrity and superstar DJ filled deep house party worthy of Miami’s nightlife reputation.

The first-annual Blockchain Shift conference (www.blockchainshift.io), co-organized by the Florida Blockchain Foundation, Park Capital and Dan Viola (October 11th – 12th, 2018), will bring together leaders in blockchain technology, A-list speakers including elected officials, Wall Street veterans and federal regulators, with the aim of creating awareness for the potential of distributed ledgers, cryptocurrencies and the democratization of finance.

By advocating at the local and state levels to foster a crypto-friendly environment, he said Miami and by extension Florida stands to take a leap forward in the establishment of a blockchain technology hub, providing a generational opportunity to create more economically prosperous and equitable communities.

It’s widely believed that Blockchain technology, the underpinning technology behind cryptocurrencies like Bitcoin, will have a more immediate and profound impact on industries where record keeping and transactions are central; including cross-border payments, insurance, real estate and supply chains, which are key pillars of the state and regional economy.

“The time is right for executives across industries and public sector leaders to start learning more about blockchain and its transformative impact, and to become part of the future, instead of just talking about ICOs,” said Alex Lopatine, Managing Partner of Park Capital and Executive Chairman of Blockchain Shift.

A second stage will be available for startups to present to accredited investors and receive general marketing and legal feedback.