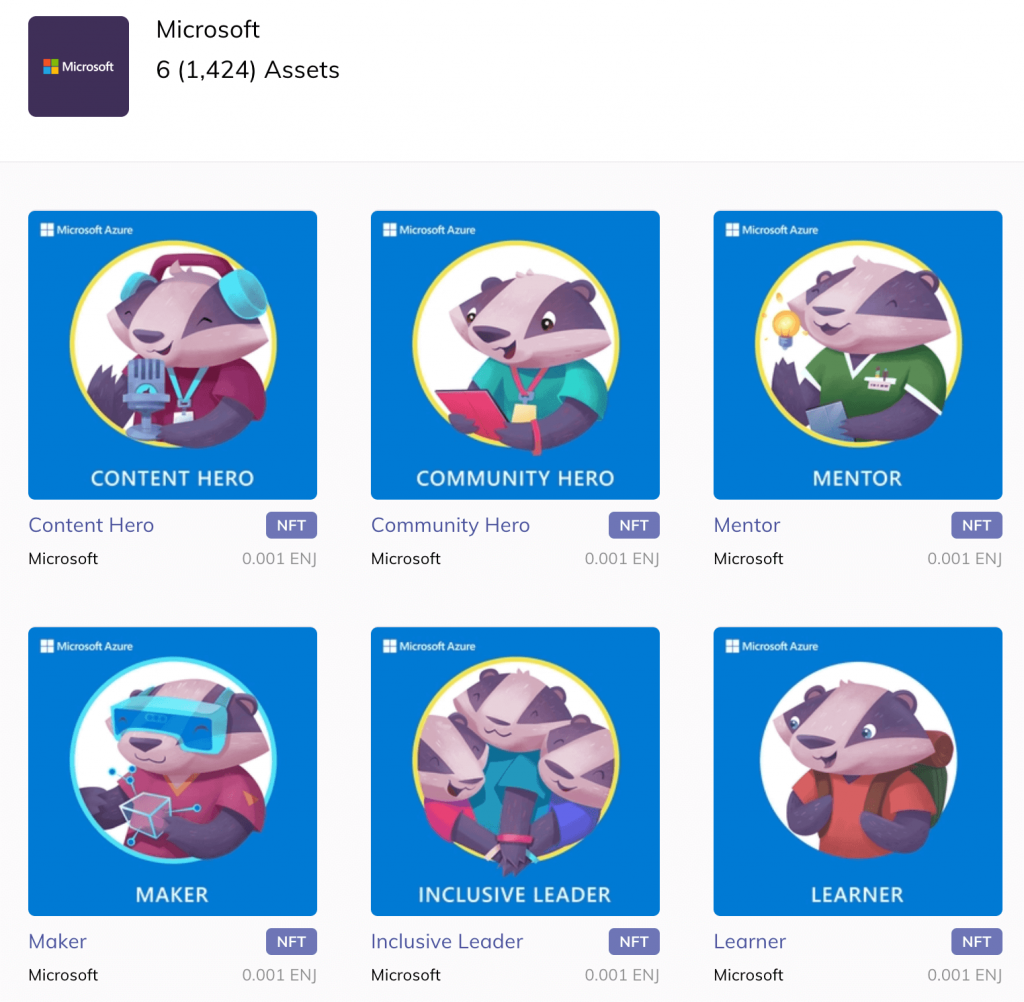 Recently, some members of the Enjin community uncovered what looked like Microsoft tokens on Enjinx.io.

Enjin has been completely silent on this and did not reveal whether this was a test situation or a real project.

Are you an @Azure practitioner who loves to learn and who contributes to a strong #developer community? We want to recognize you with cool blockchain-based badges! Nominate yourself or other #AzureHeroes: https://t.co/JQXMexMCOS #Azure #Cloud #Developers https://t.co/Ex5xGXGAYe

This is potentially very bullish for Enjin & the Enjin Coin price in general since a major company like Microsoft putting their trust in a blockchain company is rarely seen. This could mean amazing things to come for Enjin in 2020.

Was this the “hype” or “news” from the Enjin briefcase?

“Each season, our badgers will be minted in verifiably limited quantities and recorded on the public blockchain
• We will continue to issue badgers to the community for various achievements until supplies are depleted
• Blockchain technology is being used for issuance and transactions which means that as a recipient of a tokenised badger, you take ownership of a digital collectible in the form of a non-fungible token (NFT)
• Some badgers are more difficult to earn than others and have a verifiably fixed supply which you can see for yourself on the public ledger.
• Because each badger is scarce with its own transaction hash, and not simply a copiable image stored on a central server, they require a blockchain wallet to safely store them
• Distribution of badgers is done with a QR code which after scanning will present the recipient with the option to install the wallet
• After initial receipt of the NFT Badger in the Enjin wallet, the owner can send the token to any public Ethereum address, or destroy it if it’s no longer desired